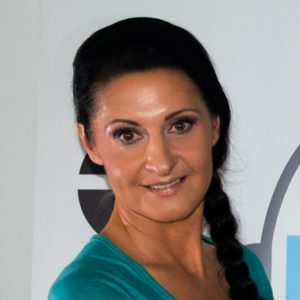 Naive? Thanks, no no…

The cold winter is difficult for many. Even worse is the coldness of the heart . How true are the words spoken by Ivo Boscarol five years ago: “Slovenes find it easier to forgive robbery than success, perhaps also because we have something smuggled in our genes – from Martin Krpan onwards. The fact is that Slovenes they forgive everyone, but not success ! “You know, this coldness? It’s me. And no, I’m not naive if I believe that society, starting with politics, could be different, better. I will never “Bought” the words, “It’s politics, but you’re really naive if you think it can be different.” I’m sure it can be quite different. Maybe on another occasion I even “pour” my experience on paper.

What I want to write this time, however, is that in the good old days, people accepted values ​​ such as hard work, playing by the rules, and living with honor and integrity. This is not in the forefront of many people today. Are we parents still passing on these values ​​to our children or are we too busy? Are we taught this in schools? Do leaders still notice how they influence their followers, or are they too busy with themselves to care at all? Are successful people still interested in how they win, or do they just care about winning? To sum up, I wonder if morality and with it integrity really is a thing of the past?

Is a decent life even on anyone’s radar or is it just a memory of “yesterday”? What happens when moral character and a virtuous life become an afterthought and not a number one priority? What happens when we are no longer at all attentive and interested in these values? Is morality and with it integrity really a story of the past?

What happens when distorting the rules, breaking the law, and cheating to win become commonplace? What happens when claiming rewards, recruiting past ranks, or advancing on irrelevant criteria becomes commonplace? What happens when “leaders” move away from the crowd, disobey the rules, and set up their own game system despite the laws. And this without consequences! One can be the least disappointed. When I stop and think about these things, I also have the feeling that I live in a reversed world in which immorality is a new morality . Even more worrying, however, is that some people are actually convinced that the “wrong” is a new right.

When someone breaks a rule, deviates from acceptable norms, or commits a crime, people focus carefully to see what will happen. Will they be caught or let go and will they continue to work in that direction? Will they at least get a reminder or get permission? Will the punishment be fair or unfair? If truth and justice rule, then there is no worry. Otherwise, some may express their dissatisfaction and demand justice. The worst that can and does happen is when others imitate corrupt behavior because “those people” have either saved themselves in a corrupt way, or climbed in a corrupt way, or enriched themselves in a corrupt way. New morals? You have to follow suit, don’t you? And then we have what we have. People rationalize their thinking with six lame excuses:

Before you know it, what was once considered unacceptable becomes commonplace.

Today, it is almost common for dishonest, illegal, and immoral behavior to be ignored, disguised, and even rewarded. Do we really want this new normal? But can we still follow the golden rule, raise children and obey the law, tell the truth, fulfill our obligations, and earn rewards? Above all, can those who lead us, those who should be our role models, live and act in such a way, to live honorably and to be exemplary for all of us. I know there will always be liars, fraudsters and thieves. The key, however, is that they have to pay a price for dishonest and immoral behavior. Actions have consequences. Also inactivity. Knowing what’s right is not as important as doing what’s right. Between right and wrong actions, however, is a huge difference. We need to remember this many times. We need to be aware of that. We need to be aware that kindness and compassion are the rule; that virtue no longer demands of others, but expects more of itself; that free choice does not free us from the consequences of these decisions; that the violation of the law is illegal; that truth is not available, but is a necessity; that the rules should apply to everyone; that people should deserve trust and respect, not demand it; that people don’t get what they want, but they should get what they deserve.

And maybe there will be someone among you again who will say, “Oh, how naive you are!” Is it naivety to separate the grain from the weeds? There is no sincerity in politics, I have heard many times. You know what, even in politics there are honest people, with good intentions and good deeds. They are only in the minority, just like everywhere else in this world. But these are people without a big ego, those who dare to tell the truth to themselves and their citizens, those who do not tact and do not look away if it is more convenient. If only there were more who would know and dare to set limits on capital and profit as well. Unfortunately, there is less room for the interests of humanity as a whole. Not enough awareness. More will be needed. Because the real reward for a good life is not fame and fortune that comes with success, but knowing that you deserved it in the right way. In other words, it doesn’t matter that you won, it matters how you won. What matters is the heart that warms. “Commanding” is easy, “commanding” is difficult. Instead of ruling, it’s worth helping people. It’s a human duty. It is important that a person has good roots, good soil or environment so that he can experience a good prosperity. And the fact is that no civilization can exist without new horizons. So no, I’m not a sucker.

I wish you beautiful and varied days and stay healthy 😊 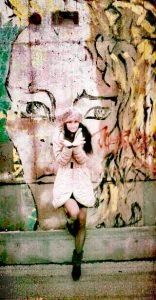